Inchnadamph: your favourite station on the Cape Wrath Trail 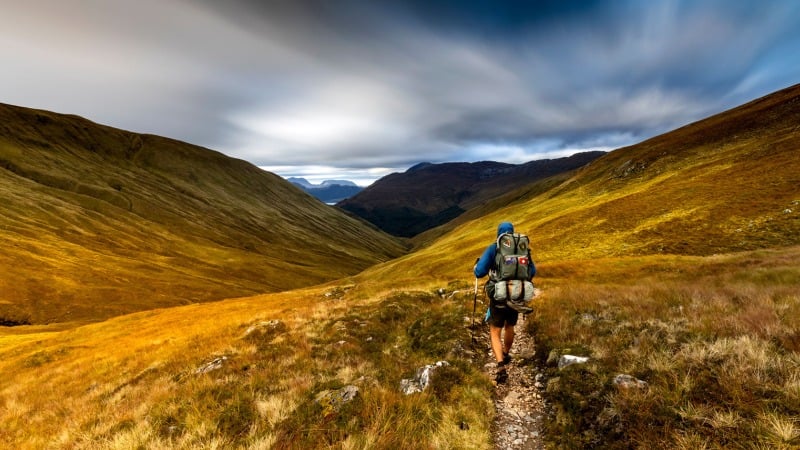 The Cape Wrath Trail is the UK's most challenging route for long-distance hikers. We explore what makes the trail so alluring to the most adventurous of hikers and why Inchnadamph is much more than just a spot to stock up on supplies!

What is the Cape Wrath Trail?

The Cape Wrath Trail traverses 200 miles of Scotland's wildest and most spectacular landscapes. Beginning at Fort William and ending at the UK's most northwesterly point of Cape Wrath, the trail passes through the varied geology of Knoydart, Kintail, Torridon and Assynt.

Strictly speaking, the Cape Wrath Trail can't really be called a trail. It's more an unofficial collection of smaller trails rather than a marked and advertised trail, and more often than not, the trail disappears among the rugged terrain, leaving you to find a route for yourself. But this is what makes it so beguiling for ardent explorers! 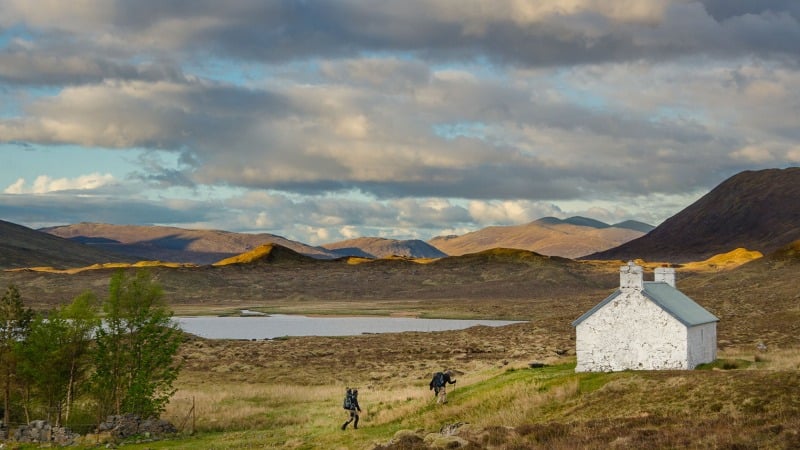 The start of the trail offers two main routes. The Great Glen variant is an easier walk on a waymarked trail with less time spent in the hills, while the Glenfinnan variant is a more demanding, unmarked trail with rough terrain. The fringes of the Rough Bounds of Knoydart provide some of the most rugged and challenging terrain on the whole trail. The two routes meet at Morvich, and from here, there are still several routes you can take, giving you the chance to map your own unique path. All the better for trading tales!

Hiking the whole trail can take two to three weeks, depending on the exact route you choose and the weather conditions you encounter. The spring and early summer months of April, May and June tend to be most popular. September and October are also good options though the days are shorter. During the winter, you can expect little daylight and lots of snow and ice.

The main reason the trail is so challenging isn't because of the duration or elevation but because it takes you across some of the most wet, marshy, wild and difficult terrain in the northwestern highlands. There are also several unabridged river crossings which can become dangerous with heavy rainfall.

Most hikers choose to wild camp or stay in bothies - old crofts that have been turned into basic shelters. Some spots, including Glenfinnan, Gairlochy, Inchnadamph, Kylesku and Rhiconich, have hotel or hostel accommodation. As amenities and facilities are few and far between, hikers must come prepared.

Race Director, Shane Ohly, says, "Winding through the beautiful lochs, glens and mountains of the Scottish Highlands, this is a life-affirming journey like no other." Entries are now open for next years' race taking place on 21st - 28th May 2023.

Inchnadamph - a place to stay a while

Just northeast of Ullapool and over half way up the Cape Wrath Trail, hikers will reach Oykel Bridge. From here, you continue into Benmore Forest and ascend the narrow bealach (mountain pass) below Conival and Ben More Assynt before dropping down to the amenities of Inchnadamph on the shore of Loch Assynt.

Inchnadamph is a small hamlet in Assynt, Sutherland and is one of only a few spots of civilisation along the Cape Wrath Trail. Its name comes from the Gaelic "Innis nan Damh' meaning 'meadow of the stags', in a nod to the many red deer visitors will encounter here.

Inchnadamph Explorers Lodge, perched on the east end of Loch Assynt and surrounded by the incredible heights of Canisp, Quinag and Benn Uidhe, is an excellent base from which to stay a while and enjoy this wonderful area.

There is a great diversity of geological formations to explore, all within walking distance of the Lodge. The discovery of the Moine Thrust that runs through the area was a milestone in the history of geology, as it was one of the first thrust belts to be found anywhere in the world. Nearby there is a monument to Ben Peach and John Horne, whose work was crucial in understanding the geological structure of the northwest highlands.

The mountains Conival and Ben More sit just behind the Lodge offering breathtaking views across the rocky and diverse landscape of Assynt. Both mountains follow the River Traligill past the Traligill Caves, a must-see with its three entrances, including the 'Waterslide'. 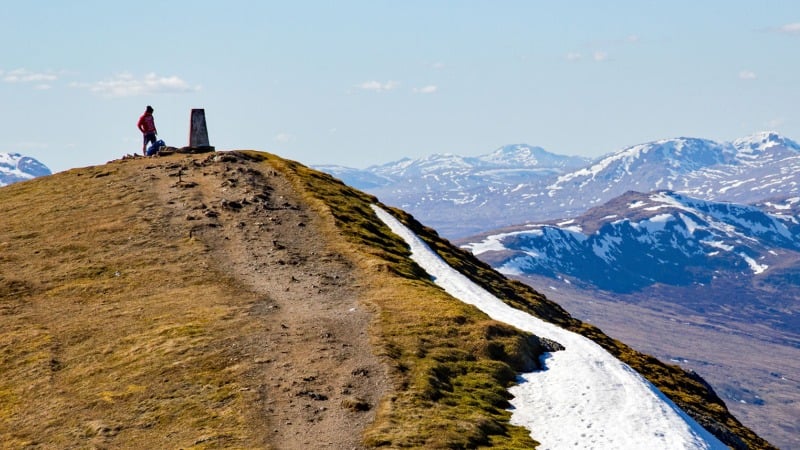 The Inchnadamph Bone Caves, the most extraordinary caves in Scotland, are easily reachable just south of the Lodge. A series of natural caves set into a high limestone cliff called Creag nan Uamh (Crag of the Caves), they were first excavated in 1889 under the direction of Peach and Horne. They found pieces of animal bones - including northern Lynx, Arctic fox and even a polar bear! - at one of the cave mouths.

Loch Assynt is a 6-mile-long freshwater loch with excellent fishing for trout, sea trout and salmon. There are also many walks to be made around the loch. Ardvreck Castle sits just one mile from Inchnadamph Lodge on a small peninsula on the shore of the loch. Built in the 15th century, it was the seat of the powerful MacLeods of Assynt before the MacKenzie clan fought them for control. The Ardvreck Castle waterfall flows down into the loch right by the castle's ruins. 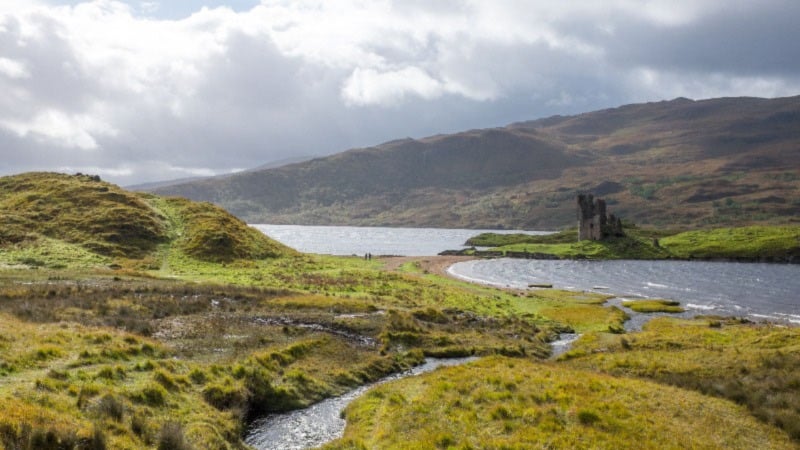 The breathtaking Achmelvich beach and Clachtoll beach are just a 30-minute drive from the Lodge. Each rivals the Caribbean with soft white sand and turquoise waters. The perfect place to reward yourself with a refreshing dip!

With so much extraordinary landscape to explore, the area around Inchnadamph is fantastic for mountain biking, climbing, scrambling and more. Off-shore activities include canyoneering, sea kayaking, canoeing and stand up paddleboarding. There's something for everyone, whatever thrill you seek! 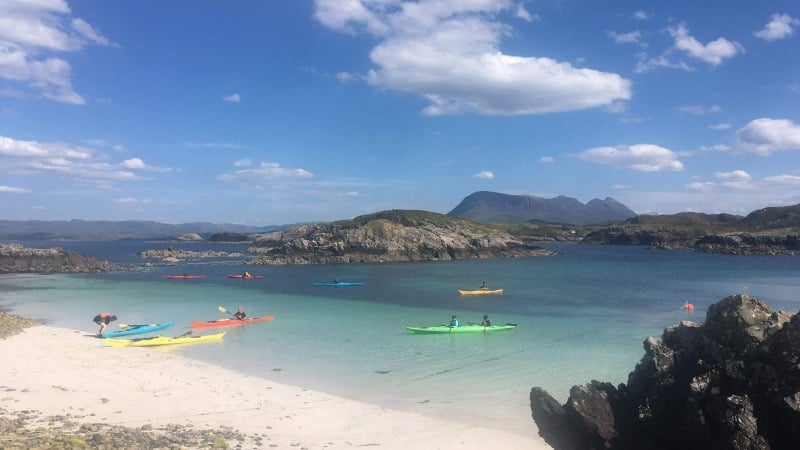 Hiking the Cape Wrath Trail is a unique and thrilling experience. You're forced to act according to the weather, the landscape, and ultimately your gut to reach the end destination. For many, the experience is life-changing.

We may be biased, but we recommend exploring the unforgettable landscape and breathtaking natural wonders of Assynt along the way. Inchnadamph Lodge provides an ideal base from which to explore everything the region has to offer.

Are you ready to start planning your adventure?