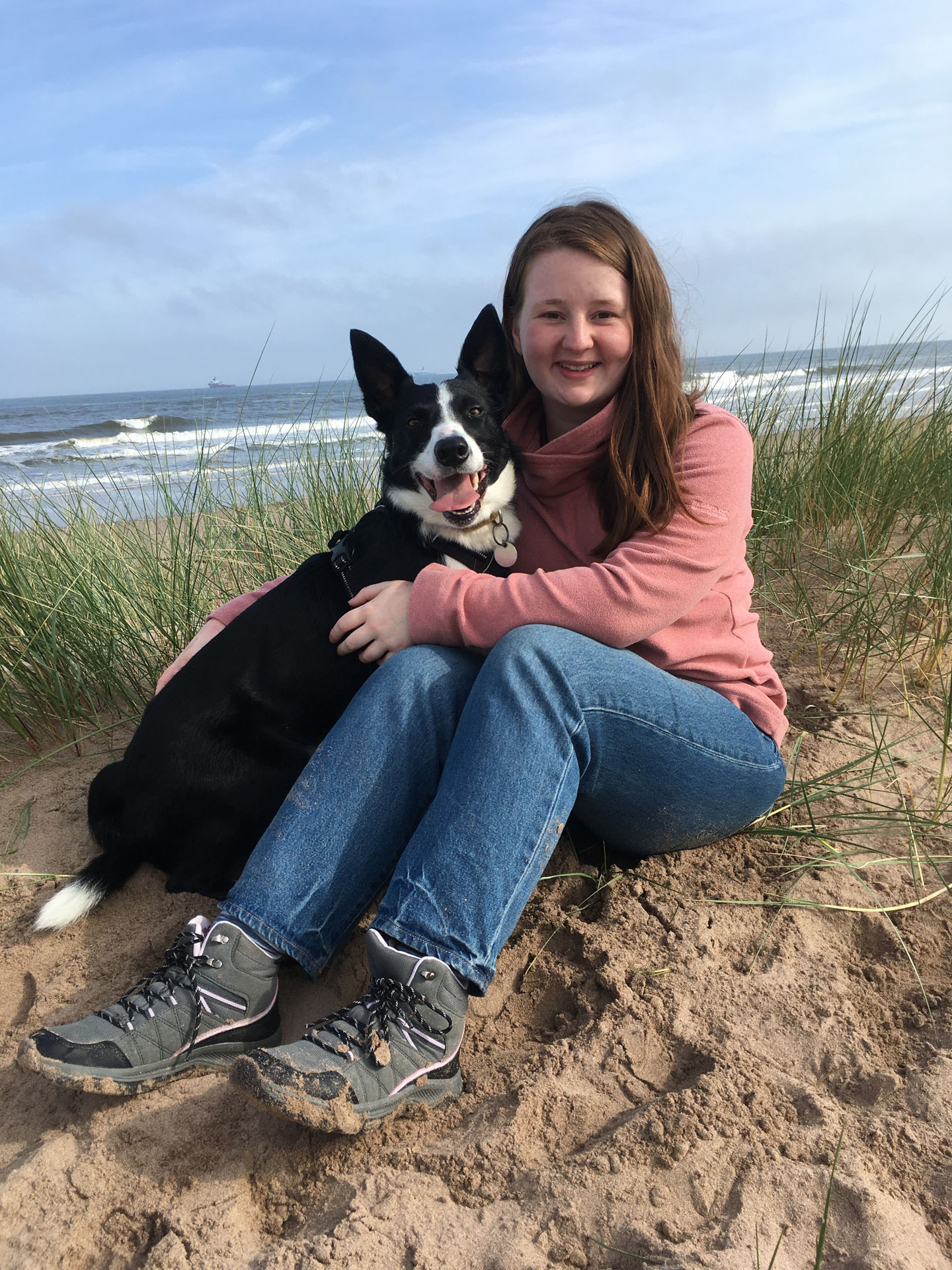 A childhood of summer holidays with grandparents in Sutherland cemented Eilidh’s affinity with the Scottish Highlands. After graduating from the University of Edinburgh, she returned to explore some more and never left! A keen linguist, she enjoys connecting with people from all over and sharing her passion for all things Assynt. When not in the lodge, Eilidh can be found swimming in Loch Assynt and meandering the beaches of the north west with border collie Neeps. 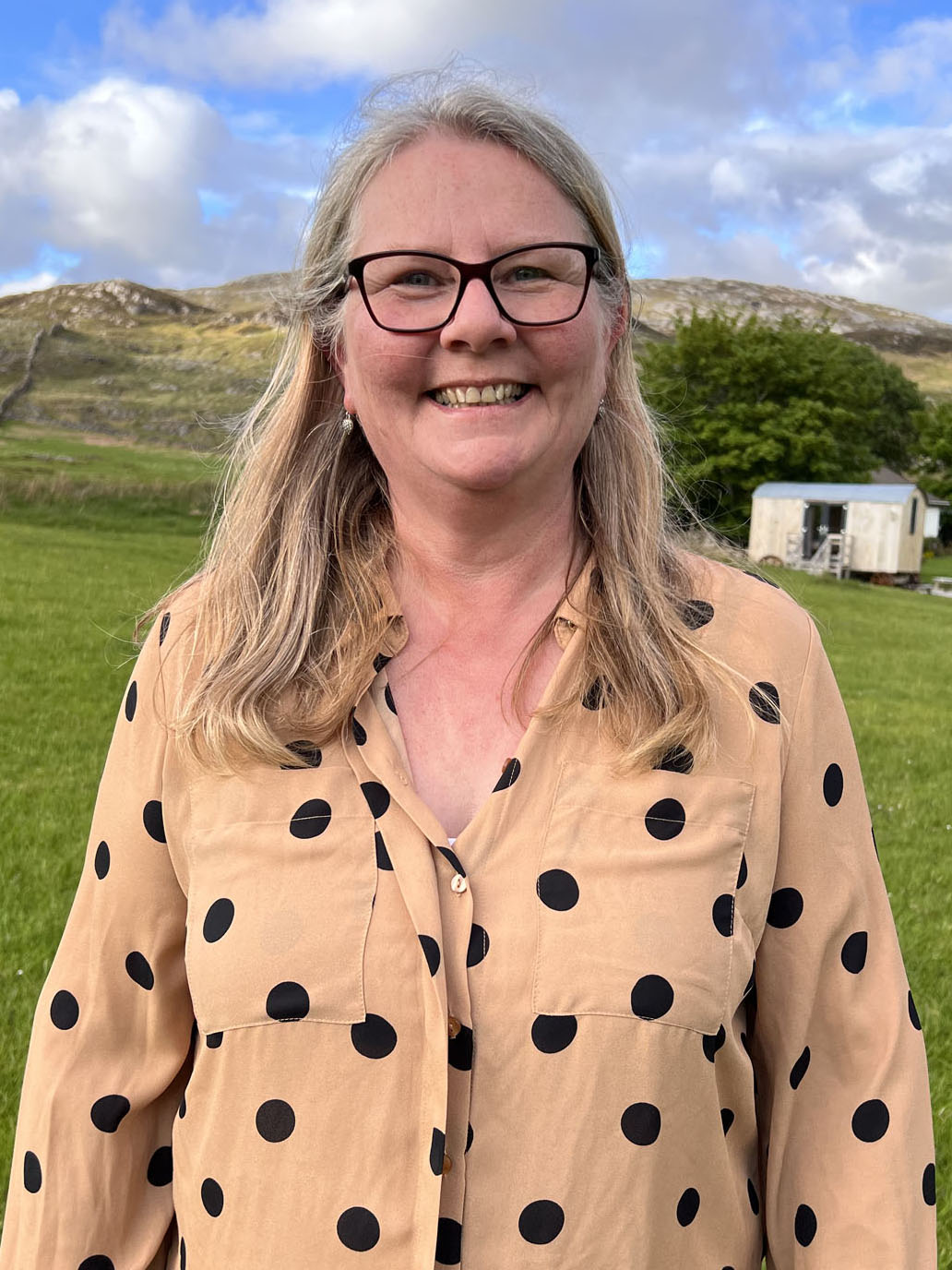 Head Housekeeper and Head of Restaurant at Oykel Bridge before joining Inchnadamph Lodge full-time from 2018. As the Lodge's smiling greeter, Sharron likes to be friendly and helpful - nothing is too much trouble. Always curious about people, tell Sharron about what you are doing, where you are going - and Sharron will do whatever she can to help you with advice and direction, and anything you need to enjoy your stay. 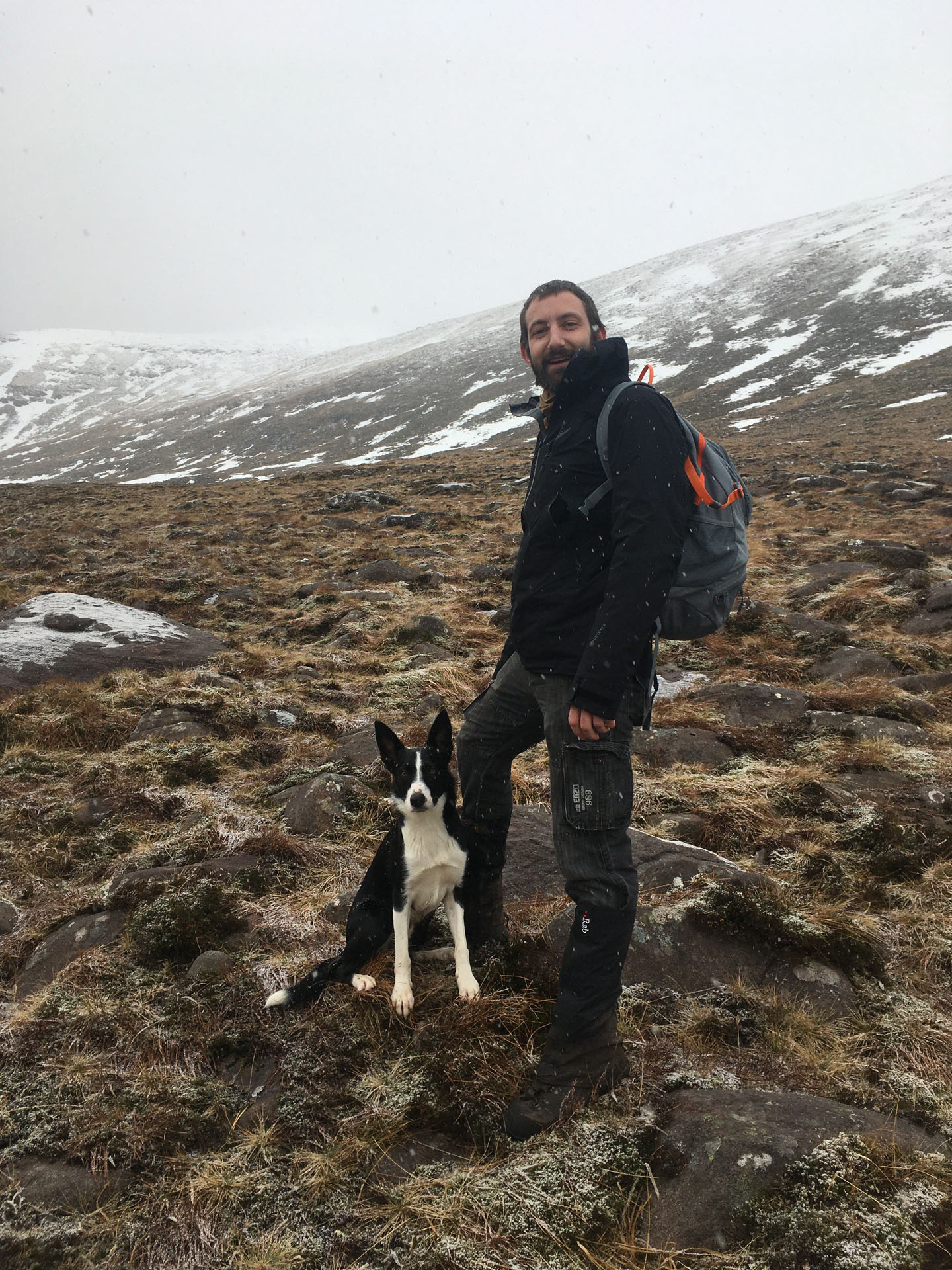 A chef for over 15 years, on land in some of Scotland’s best hotels and restaurants, and on sea serving with the Merchant Navy, Tommy first discovered Assynt on a camping trip with friends and it soon became home. A true wanderer, he loves scrambling up mountains and following deer tracks to the back of beyond. Make sure to ask Tommy for the best off the beaten track recommendations, he has plenty. 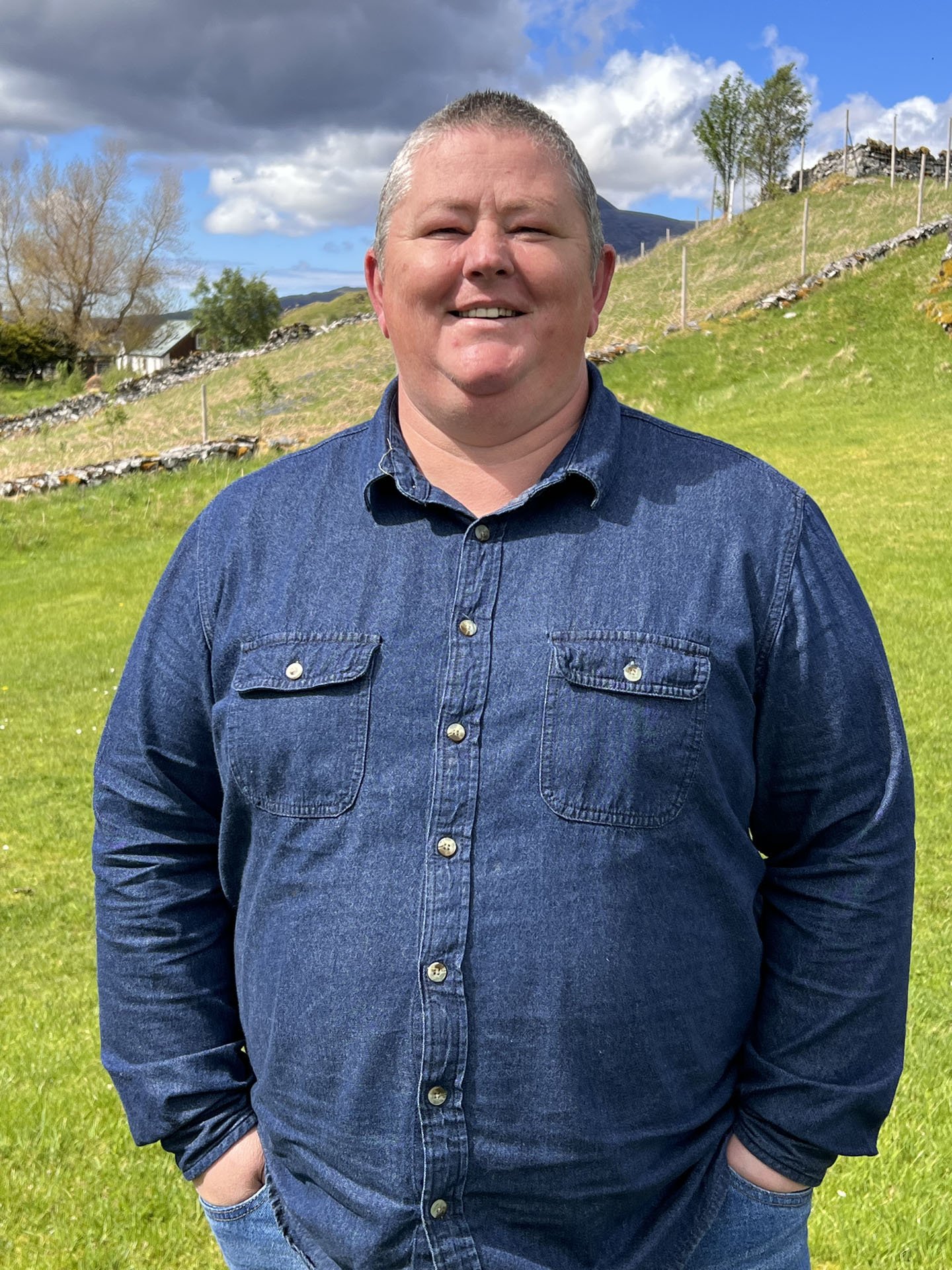 Born in England to Scottish parents, Gavin first saw Assynt in 1997, soon after getting married to Sharron. Within six months they had moved up permanently. Having toured most of North Scotland, and worked in several hotels and gardens, Gavin, with his passion for using his hands and solving practical problems, joined Inchnadamph Lodge in 2018 along with Sharron. Gavin loves interacting with our guests. If he can give useful suggestions to make your stay and adventures better and more enriching, he will do. 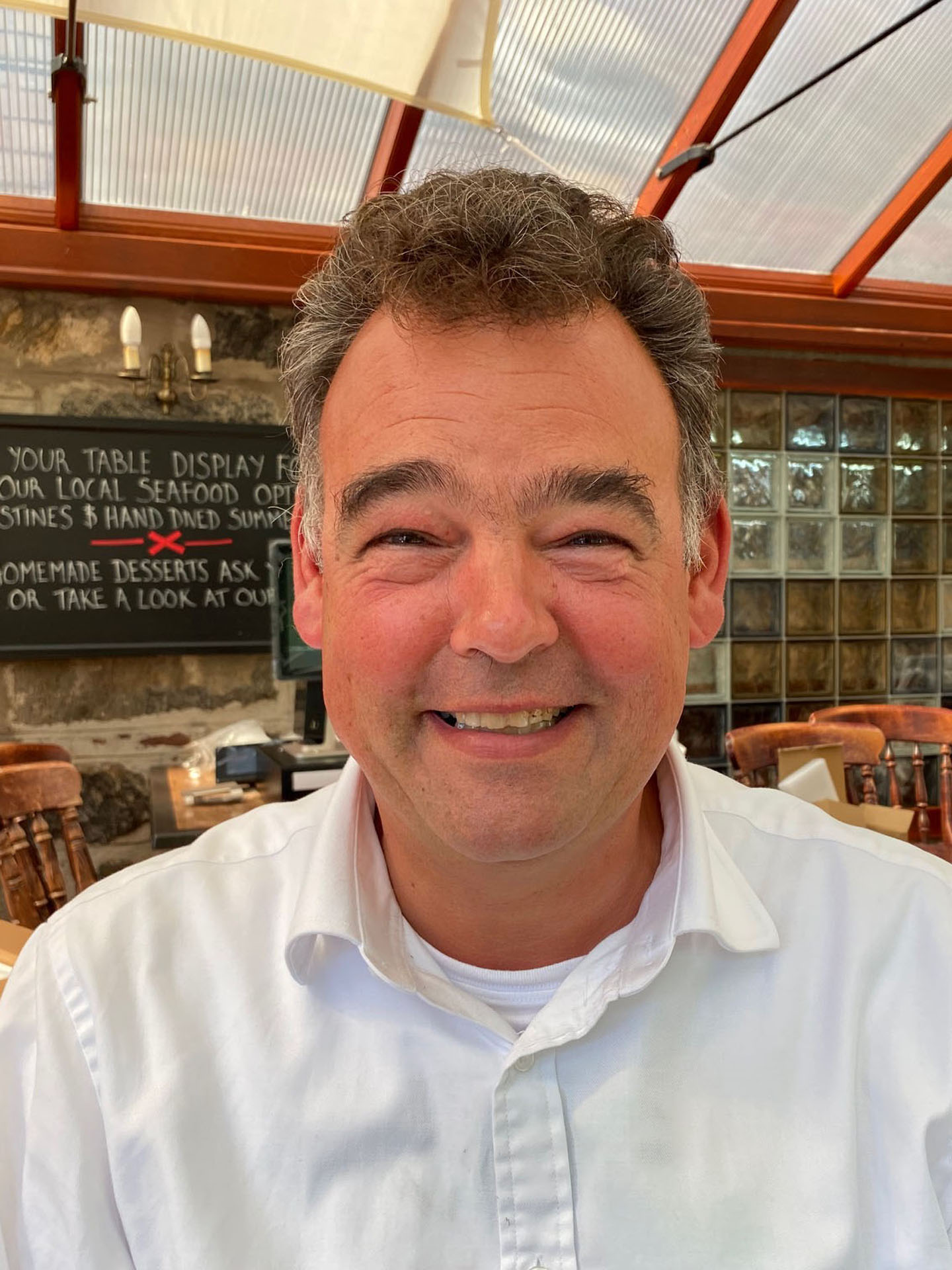 John led the Explorers & Travellers Club at Cambridge University, before crossing the Sahara desert with Sarah back in 1989. As newly-weds, they drove a Series 3 Landrover via Timbuktu to live for a year amongst the Tuareg nomads in northern Mali. Off-road expeditions into Namibia, Sudan, Western Australia, Peru and Chile, and other deserts, had never prepared him for the magic and wilderness of Assynt in Sutherland. He remains passionate about expeditions and exploring the Earth's amazing geography. His favourite landscape remains Assynt. 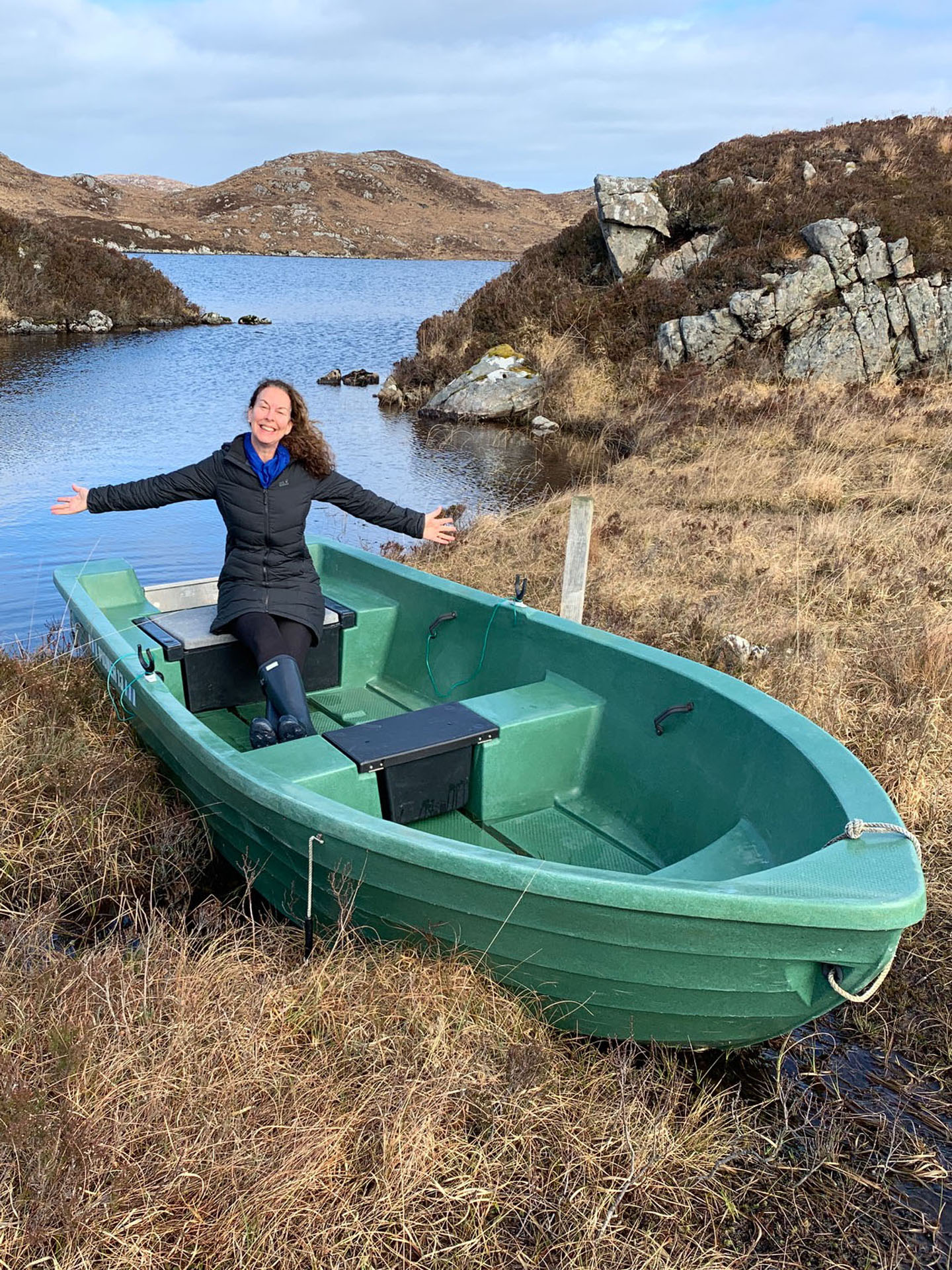 Sarah grew up by the sea, and swam before she walked! She is at her happiest in the outdoors, and shares John’s passion for travel and rugged landscapes, having lived and worked in many challenging parts of the world. She loves meeting people from all walks and seasons of life, hearing their stories and glimpses of their journeys. Professionally, she is a trained mediator and supports emerging leaders in the UK and internationally to navigate change, chaos and conflict. She is founding Director of the Rose Castle Foundation, a peace reconciliation charity based at Rose Castle.

Sarah is co-Director of Inchnadamph Lodge and Lochinver Larder.
She and John have 4 children, 5 grandchildren and a dog called Inva (named after Lochinver!)

The Lodge was built by the Duke of Sutherland as a manse in 1821 and remained in use as such until 1896 when the minister moved to a new manse in Lochinver on the coast nearby. By that time, due to the practice of clearing people from the land to make way for big sheep farms, few people remained in Inchnadamph and the majority of the population moved to the coast.

The Lodge then served as an annex to the Inchnadamph Hotel during the sporting season. It famously hosted a group of international geologists led by Peach and Horne in 1912, before the Great War. They helped to unpack the theory of plate tectonics.

In the 1930s the Lodge was bought by Nottingham clothes manufacturer Martin Shepherd who extended and modernised the old manse. Upon his death, 20 years later, Lord William Rootes bought the Lodge. Lord Rootes owned the mighty Rootes motor empire, and early road trials of his classic Sunbeam Alpine prototype were conducted secretly in Sutherland, decades before the NC500 ever existed as a signposted route.

In the course of the 1950s and 60s regular visitors to the Lodge included Princess Lee Radziwill, sister of Jackie Kennedy, and a former Duchess of Windsor. Following the death of Lady Rootes, a Miss Stella Uthwatt owned the Lodge, followed by the Vestey family. But in the early nineties the Lodge stood empty following an abandoned renovation.

Chris Rix, a geologist with a love of Assynt, and his family bought the Lodge in a state of disrepair in 1995. During the winter of 1995-6 the Lodge was completely renovated and opened as a Field Centre and Hostel in June 1996.

In 2022, with ambitions of retirement, Chris sold the Lodge onto John Snyder (owner of the nearby Lochinver Larder pie shop). With a background in expeditions and hostels, John is continuing the Lodge's tradition of welcoming geology groups, private groups, and those outdoors folk who need a central base from which to explore the magic of Assynt.

Your Ideal Base to Explore Bunk beds, private rooms, a shepherds hut or cottage - you have a choice of privacy and price. We provide linen, or bring your own. Sustenance is vital for a great day out. We are investing in new ways to keep you fed and watered, with beers and Lochinver pies soon to be on the menu. Assynt can have four seasons all in one day. So come prepared! The Lodge features a large drying room, ideal to dry clothes out before your next day's adventure. Internet broadband is vital to stay in touch with friends and family once back at base. The Lodge has fixed line broadband and mobile wireless, with speeds circa 40 Mps. Maps need large tables, which we have in abundance in our dining room, along with projector and screen for team briefings. Make your plans here. ASDA supermarket vans deliver online orders to Inchnadamph. So the Explorers Lodge is a great location for ordering food and other deliveries to.